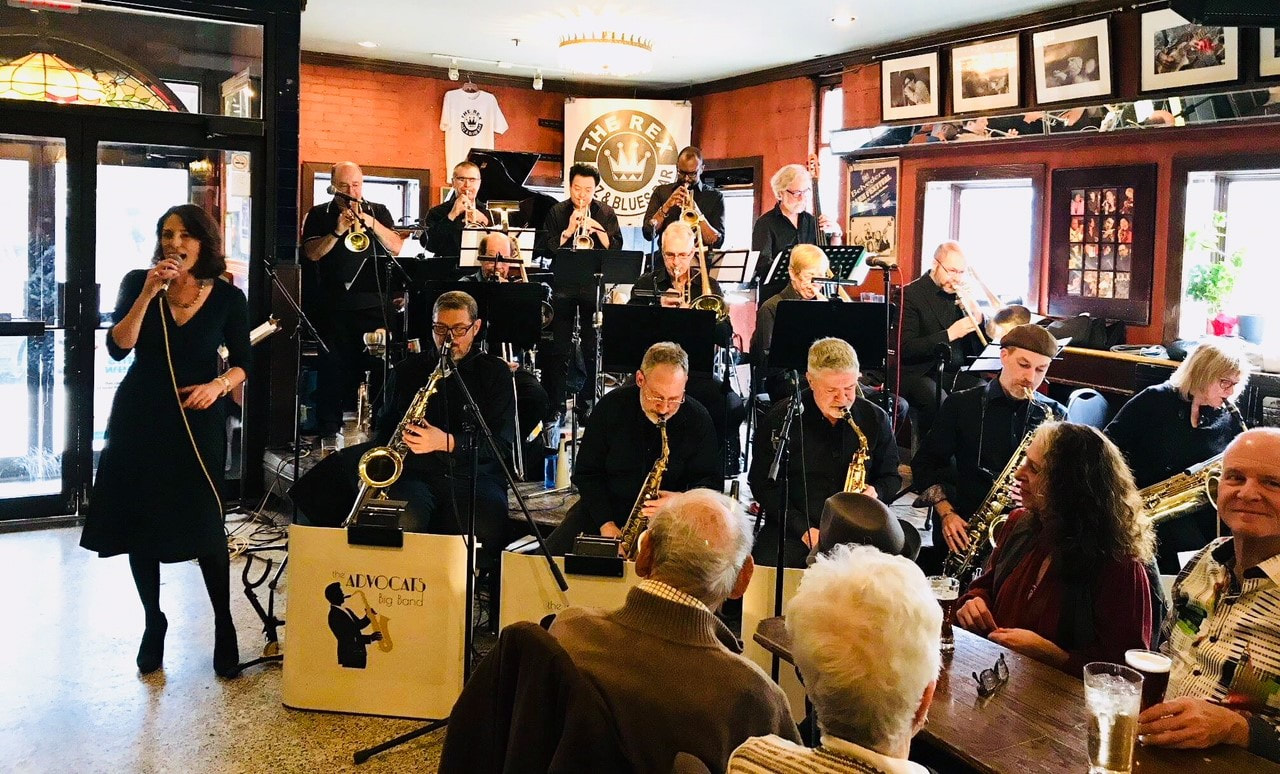 The Toronto-based Advocats Big Band, originally assembled 28 years ago by a group of young lawyers to perform for a local fundraiser, includes many top professional musicians and music educators whose collective experience range from studio, theatre, film and television work to major symphony orchestra, night club and chamber music. The Advocats have played at many venues throughout Toronto: The Rex Hotel, the Beaches International Jazz Festival, Eat to the Beat, and the Silver Ball, the Sunday Concert Series at the Scarborough Civic Centre and the Sunday Serenades at Mel Lastman Square, to name a few. For 15 years, we have performed on the first Monday of every month, originally at the Chick’n’deli (Seven44 Restaurant & Lounge), and for the past year at The Duke Live. We are so thankful for our ever-growing following of loyal listeners. Our repertoire includes classics played by the likes of Count Basie, Duke Ellington, Ella Fitzgerald, Frank Sinatra, and music from modern talents like Michael Bublé, the New York Voices, and Norah Jones. Believe us, the list goes on! More info at https://www.advocatsbigband.com/