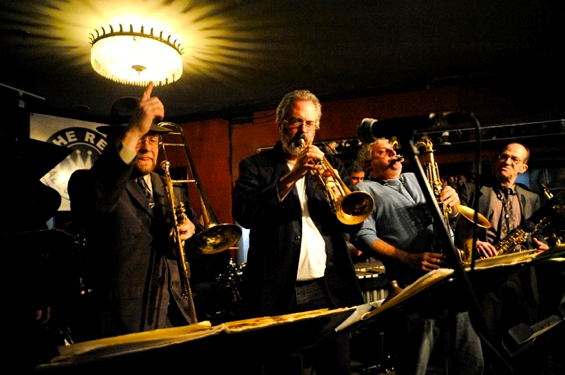 Another world–class big band? Yes, it really is — and this one’s from Toronto, Canada, home of the renowned Boss Brass, several of whose alumni are on hand to make sure the phrase “world–class” is entirely appropriate. Commander–in–chief Brigham Phillips, who moved to Toronto from Halifax, Nova Scotia, in 1981, says he’d been planning the album for almost ten years, and his diligence and patience were amply rewarded once the roadblocks had been pushed aside and the band gathered in a studio. As for the band itself, it’s about as good as can be, as one would expect from such seasoned professionals. That’s not simply idle chatter — it really is.

For more info check out http://www.brigmanmusic.com/