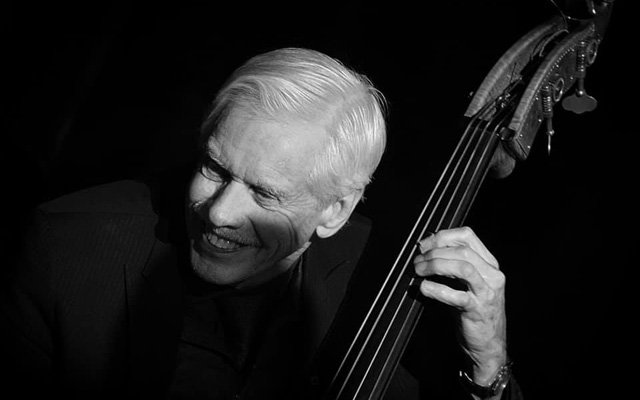 “Toronto-based and Winnipeg-born multiple award-winning bassist and composer Dave Young is without a doubt one of Canada’s most valuable and beloved musical exports.Whether he’s performing as part of a classical symphony, or as an integral member of an iconic jazz trio (with the likes of the late Oscar Peterson), or leading any of his dynamic ensembles, Dave remains a total musician, with artistic soul in abundance. He first began studying the guitar and violin at age ten, but a turn of events at his first gig (a University dance band) compelled him to pick up the bass. Equally comfortable in the worlds of orchestral classical music and jazz, Dave is a multiple threat. As a classical musician, he has been a member of The Edmonton Symphony, The Winnipeg Symphony and The Hamilton Philharmonic. As a jazz artist, he is a chameleon-like bassist, who often shines brightest in collaborative efforts with other musicians. Because of his technical skill, few bassists (jazz or otherwise) are able to dig in, swing hard and still render a lyrical arco solo as Dave can.”

The Rex Hotel Jazz & Blues Bar2 days ago
Merch Mondays! Our Classic Rex 'T' is made for women and men! Get yours at therexshop.ca

The Rex Hotel @therextoronto
5 days ago
Tea 🍵 or Coffee ☕? Either way you could enjoy our Rex mug available at https://t.co/zmC3W54zq8.