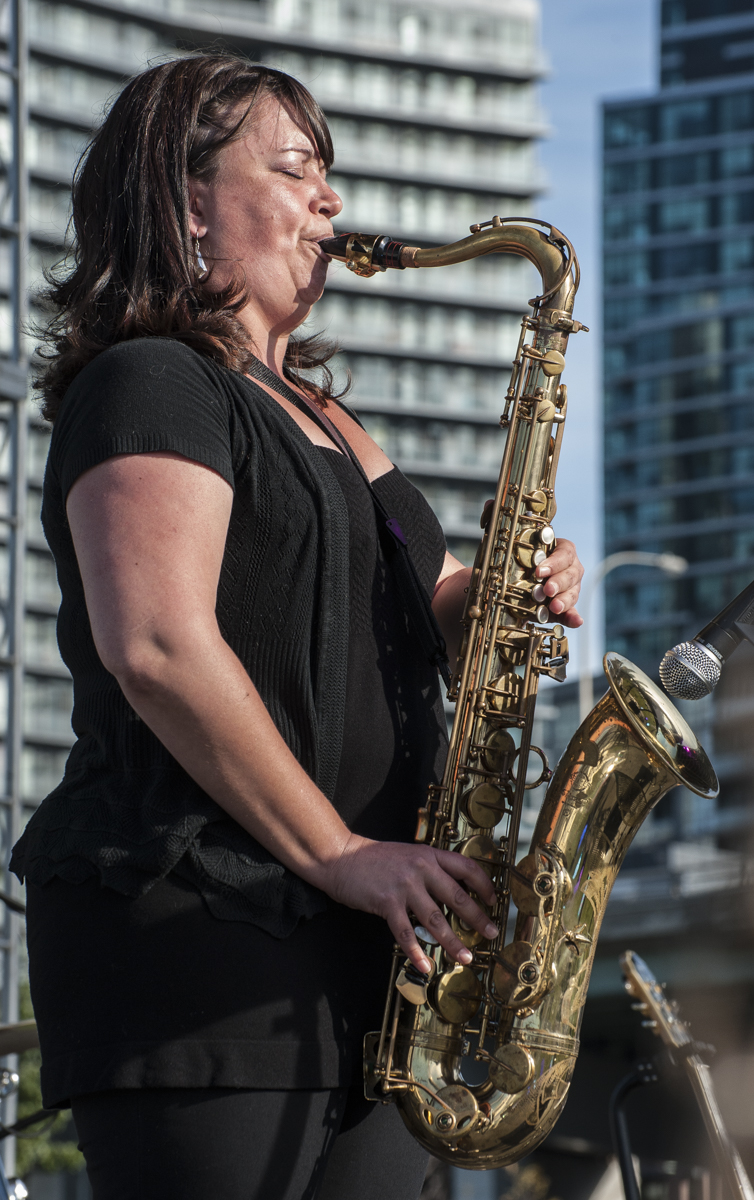 Elena Kapeleris is a graduate of the jazz program at Humber College in Toronto, Canada. At Humber she studied saxophone with world renowned saxophonist, Pat Labarbera. During this time, Labarbera placed emphasis on learning the lyrics of the songs that she was playing on the horn. This is when her love for singing, lyrics, and vocal interpretation began. Elena’s love for both the instrumental and vocal approach to jazz caused the meld of the two art forms in her live performances and on her debut recording “INTRODUCTION”. Although her projects as a leader are primarily jazz, Elena is also involved in working with many varied styles (r&b, soul, funk, indie rock and many commercial and film recording sessions). Elena has played with a wide range of amazing Toronto musicians including, Pat LaBarbera (saxophonist), Richard Underhill (saxophonist), Rich Brown (bassist), Tom Juhas (guitarist), Sly Juhas (drummer), Brandi Disterheft (bassist), Richard Whiteman (pianist), and Lord Bubba’s Nu Jazz Project. She also works with Toronto producer Byron Kent Wong, on recordings by international artists such as Rossif Sutherland.

For more info check out https://www.facebook.com/elenakapeleris/

The Rex Hotel · 3 weeks ago
@therextoronto
Today we join the rest of Canada to observe the first National day for Truth and Reconciliation. This day honours the lost children and Survivors of residential schools, their families and communities. https://t.co/Cqf1WjjLIA
View on Twitter
0
4