The life and career of John MacLeod is intricately bound to the history of jazz and big band music in Toronto. A native of this city, he took a very early interest in jazz and by the time he began studying the trumpet at age 12 was already an aficionado of New Orleans, Chicago and swing styles of the music. His earliest local hero was trumpeter “Trump” Davidson and by his early teens he was attending t.v. recording sessions where he would be amazed by studio greats such as Guido Basso, Moe Koffman and Teddy Roderman. A decade later, John would be playing with many of these early heros. In fact he would have professional involvement with every name listed in this release from Benny Louis to Ron Collier to Guido Basso. He even took his boyhood hero “Trump” Davidson’s place in Trump’s band. Few other musicians of his generation can claim as much direct connection to the entire history of jazz and big band music in Toronto. His long association with Rob McConnell and the Boss Brass would also have a profound effect on his approach to arranging and composing. While his writing may be uniquely his own, the sound of his band is unmistakably “Toronto”.

In 2003 the Rex Hotel Orchestra made its debut performance at the Rex Jazz Club in Toronto, a 20-piece big band named after the club where it performs the last Monday of each month.  Under the leadership of veteran jazz trumpet player/composer/arranger John MacLeod, the RHO is a collection of the top jazz and studio musicians in Canada. All of the music that they perform is written specifically for them by the leader or other members of the band. In addition to concert and jazz festival appearances, they have performed once a month at the Rex continually since their inception. The band has been nominated twice for Juno Awards and their debut CD – OUR FIRST SET received the Juno award for Traditional Jazz Album of the year in 2011. Their most recent recording is being released by JazzFM and is a celebration of Toronto’s big band legacy – THE TORONTO SOUND. We are honoured to be the home base of what is now Canada’s finest Big Band Jazz Orchestra. (Source: https://www.rexhotelorchestra.com) 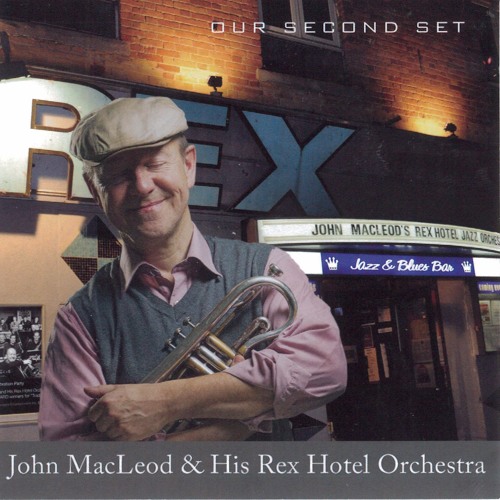 A Link to their Recordings

Posted @withregram • @thecarmencruz It’s #WCW!!!
Here’s to an evening spent discussing the hard hitting topics of today, like cheese, the lost art of the jazz flute duel, and then back to cheese. 🧀💛

The Rex Hotel · 5 days ago
@therextoronto
https://t.co/3UDJe1RRjm
View on Twitter
0
0