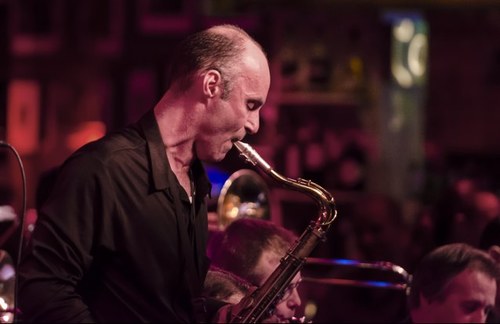 Dan Willis rolled into NYC in a loaded-down Dodge Shadow on a crisp fall day in 1992, just days after his 24th birthday. A third generation musician who once ran around his grandfather’s music store trying to play ALL of the instruments, Willis arrived armed with a degree from the prestigious Eastman School of Music, a saxophone, an oboe, and an outsized ambition to play with the best musicians in the world. He had honed his musical skills early, sitting in with top Buffalo musicians at twelve years old, playing and working in LA, and touring Japan and Europe. And now he felt ready to earn a seat with the best New York had to offer.

ON STAGE – JAZZ
Willis is no stranger to jazz stages all over the world. A regular player with the Birdland Big Band, he has also played with notables like Michael Brecker, Roland Vasquez, John Hollenback, Kenny Wheeler, and Ted Nash.

The Rex Hotel Jazz & Blues Bar2 days ago
Who loves their snapbacks? We sure do! Grab yours at therexshop.ca.

The Rex Hotel @therextoronto
2 days ago
Who loves their snapbacks? We sure do! Grab yours at https://t.co/zmC3W54zq8.

The Rex Hotel @therextoronto
6 days ago
Merch Mondays! Our Classic Rex 'T' is made for women and men! Get yours at https://t.co/zmC3W54zq8