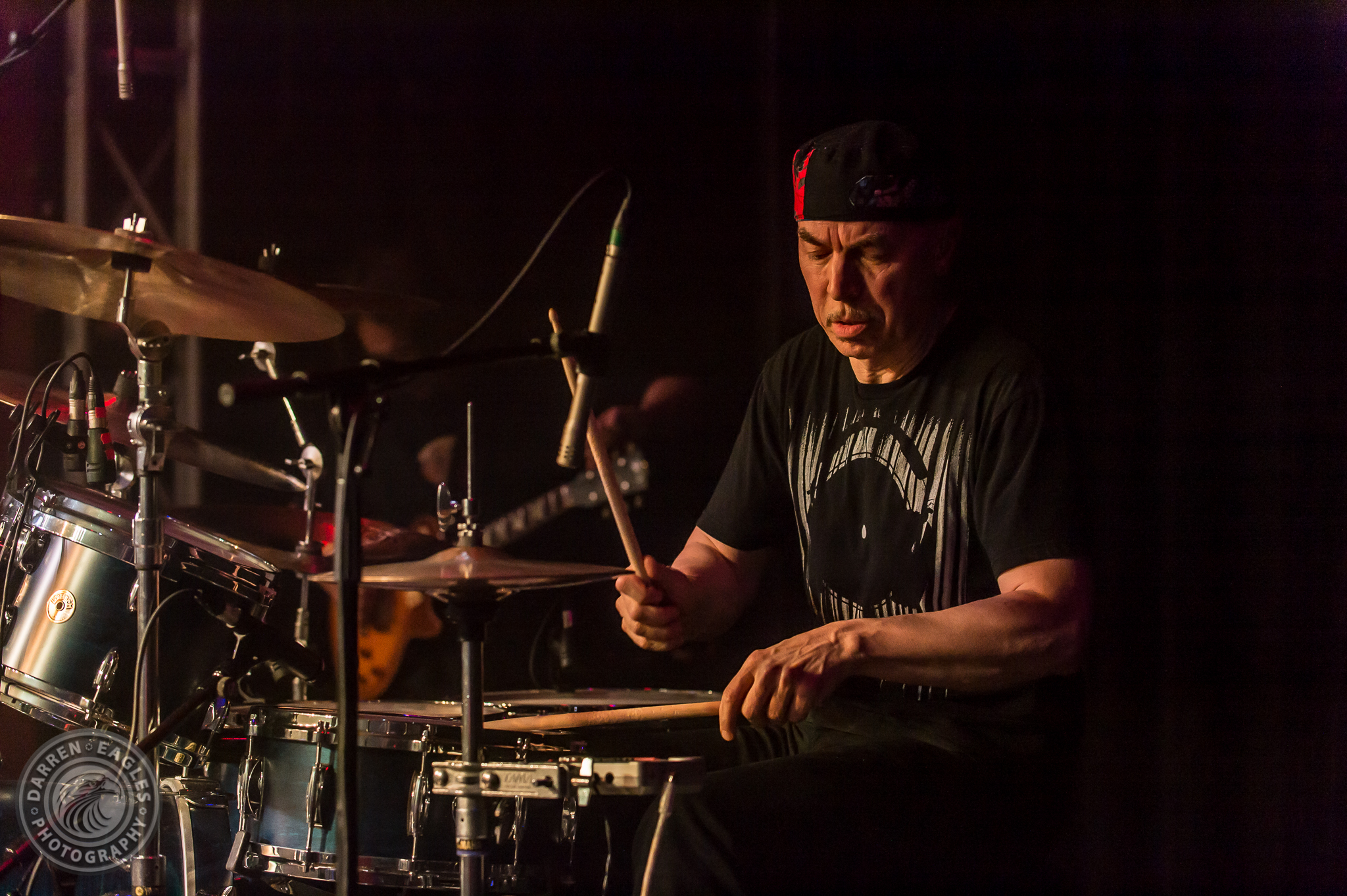 Best known for his multi-platinum success with rock artist Kim Mitchell, Paul has forged a career which encompasses funk, fusion, jazz and latin, working with such diverse artists as Tom Scott, Domenic Troiano, David Blamires, Lawrence Gowan, Carlos Del Junco, Carol Welsman, Dave Restivo, Brownman Ali, Colm Wilkinson, Doug Riley, Hilario Duran, David Clayton-Thomas, Roger Hodgson, Rik Emmett, and The Canadian Tenors to name a few. As a Juno award winner and respected session player Paul has performed at P.I.T. and the N.A.M.M. shows in L.A., twice at the Montreal Drumfest, at the Cape Breton Drumfest, and most recently at the Quebec International Drumfest in 2017. He is one of SABIAN cymbals most popular and effective clinicians. Always active on the studio scene, Paul has recorded numerous jingles and worked on TV shows such as Degrassi Junior High, Top Cops, Counterstrike, E.N.G. and more recently, How Do You Solve A Problem Like Maria?
Paul has taught part-time at Humber College in Toronto for the past 31 years and written several articles for Modern Drummer magazine. He also taught and performed at KOSA 2010,  and at the Stickman Drum Experience 2013, and has done online video lessons for Drumhang and Drumeo. Paul has two books “DeLong Way” To Polyrhythmic Creativity On The Drumset  and “DeLong Way -To Musical Phrasing On The Drumset”.

Paul has his own band – ONE WORD, which plays fusion classics by the Mahavishnu Orchestra and Tony Williams Lifetime (see videos below). He has also recently been involved with various tribute acts including Heavy Weather (Weather Report tribute), Brass Transit (Chicago tribute) , Pretzel Logic (Steely Dan tribute), and ONES (Beatles tribute). For the past 13 years he has also performed with Jeans ‘n Classics, which pairs a rock band with a symphony orchestra. (source: http://www.pauldelong.com)