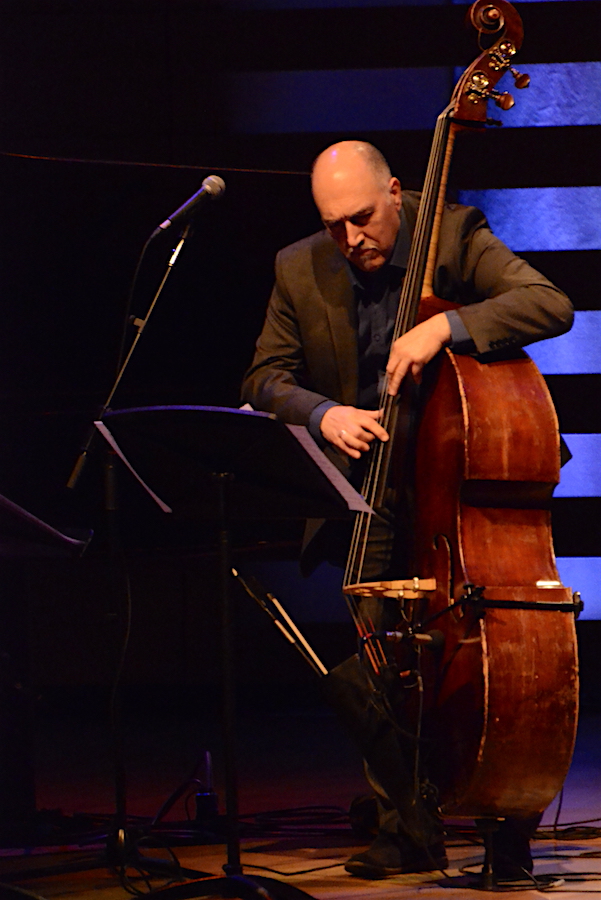 -On the night of the show, some extra seats will be made available in person on a first-come first served basis

All Sales are final, No Refunds [Excluding scheduled performances that are cancelled]

In accordance with Ontario Public Health regulations, all patrons must provide proof of Full Vaccination prior to entry. More information can be found here: https://www.health.gov.on.ca/en/pro/programs/publichealth/coronavirus/docs/guidance_proof_of_vaccination_for_businesses_and_organizations.pdf

Roberto Occhipinti is diversity personified. He’s won awards and acclaim as a musician, composer and record producer. Throughout his career, the Toronto-born bassist has performed in classical orchestras, jazz ensembles, Latin groups, rhythm & blues outfits and rock bands. He has worked in theatre and opera, written for radio and television, played on film soundtracks and done more recording session jobs than he can remember. To call the hard-working musician versatile would be the height of understatement. From a young age, Occhipinti began straddling the worlds of jazz and classical music. His two earliest mentors, Joel Quarrington and Dave Young, represented that musical duality. Quarrington, a classical bassist with whom he grew up in the Toronto suburb of Don Mills, encouraged him to study with Peter Madgett and Thomas Monahan, while Young played bass with both orchestras and such jazz musicians as Oscar Peterson and Moe Koffman.

New recording “The Next Step” on Modica https://modicamusic.com/

Roberto Occhipinti is one of Canada’s premier bassists, comfortable in a wide variety of musical contexts. He toured and recorded with Blue Note recording artist Jane Bunnett on her last 3 albums, including the Grammy nominated disc Alma de Santiago. In addition, Roberto toured with Juno award winning group NOJO, performing at Canadian jazz festivals with the legendary saxophonist Sam Rivers. Roberto has recorded 3 albums with Cuban piano virtuoso Hilario Duran including 2005 Juno award winning Album New Danzon which he produced and performed. Roberto continues this musical partnership with upcoming performances in the US and Canada.