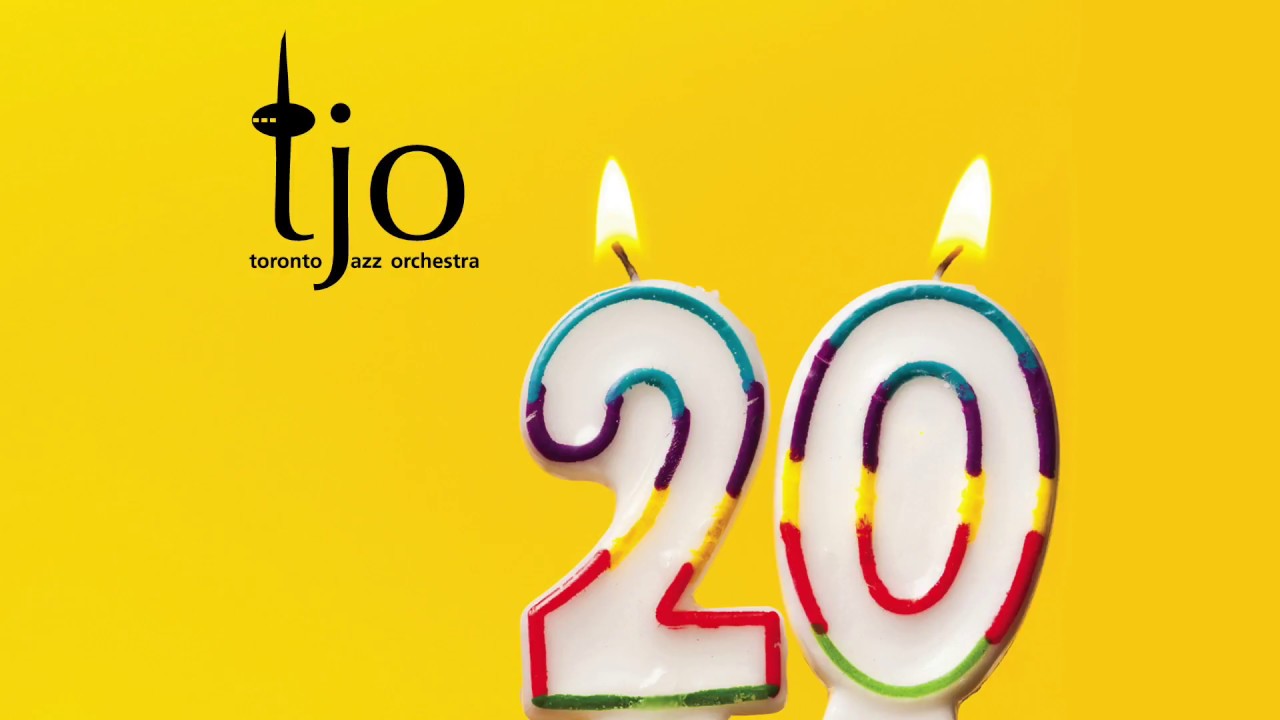 The 18-piece Toronto Jazz Orchestra (TJO) was created in 1998 to perform music by some of the most important composers in jazz – writers like Thad Jones, Bob Brookmeyer, Phil Nimmons, Rob McConnell and more. Over the past 19 years, their repertoire has evolved to include compositions and arrangements ranging from classic swing tunes to the leading edge of contemporary jazz, with an emphasis on Canadian composers and arrangers. The TJO seeks to educate, entertain, and increase the public’s understanding and appreciation of big band jazz.

Since 1998, the TJO has performed regularly at Toronto’s Rex Hotel and has released three recordings: their self-titled debut (2001), Under A Tree (2003) and The Path (2009). The ensemble won top prize at the Markham Jazz Festival’s Jazz Stars of the Future competition in 2000, and has since appeared in the JVC, Beaches, Lakefield, Markham, Brantford and TD Toronto Jazz Festivals. The TJO has also performed at the Milton Centre for the Arts, the Richmond Hill Performance Arts Centre, Ottawa’s Shenkman Centre and as part of the Welland-Port Colborne Concert Association and Sarnia Concert Association series.

As part of their regular performance schedule, the TJO has undertaken special projects including: the Cuban Fire Suite (as recorded by the Stan Kenton Orchestra); an evening with Phil Nimmons, featuring a performance of The Atlantic Suite; music from West Side Story, featuring 12 new arrangements by 5 local composers; Miles Ahead, with guest trumpeter Kevin Turcotte, featuring the original Gil Evans arrangements from the Gil Evans/Miles Davis collaboration; the Big Band Gospel Project, a collaboration with the Toronto Mass Choir; the Big Band Tap Revue, featuring the TJO performing with five tap dancers; and nine editions of the Radiohead Jazz Project, each of which featured standing-room-only crowds. The ensemble has also presented tributes to the orchestras of Stan Kenton, Duke Ellington, Buddy Rich and Thad Jones/Mel Lewis.

The TJO has been honoured to perform with a variety of guest artists including local musicians Phil Nimmons and Kevin Turcotte; Canadians living elsewhere including Ingrid Jensen, Christine Jensen and Seamus Blake; and Americans including Geoffrey Keezer and Grammy Award-winning vocalist Kurt Elling.

In 2004, the TJO created the Young Composers Competition, which has evolved into a regular Call for Scores, resulting in submissions from composers across Canada. The performance of Canadian repertoire is a key component of the TJO mandate, and each year the ensemble presents “O Canada”, a performance exclusively featuring original Canadian big band compositions.

The TJO was nominated for a 2006 National Jazz Award in the Best Big Band Category, and has been awarded grants by the Toronto Arts Council, Ontario Arts Council and the Canada Council for the Arts.

Toronto Jazz Orchestra founder, Artistic Director and Conductor Josh Grossman is a graduate of the University of Toronto’s Jazz Performance Program where he studied trumpet with Chase Sanborn and Kevin Turcotte. He has performed in big bands under the direction of Phil Nimmons, Paul Read, Ron Collier and Paul Ashwell, and is a regular member of the Chris Hunt Tentet. Josh has been Artistic Director for Toronto Downtown Jazz, which produces the annual TD Toronto Jazz Festival, since 2010, and has been Operations Manager for Continuum Contemporary Music since 2007.

The Rex Hotel · 2 days ago
@therextoronto
Our unisex Classic Rex “T”! Get it now with free Canada-wide shipping at https://t.co/zmC3W54zq8! 🎷

The Rex Hotel · 6 days ago
@therextoronto
Reminiscing about these times! #ThrowbackThursday

The Rex Hotel · 1 week ago
@therextoronto
Feeling cold this winter? We have your back! Check out the warm Rex Toque with a pom-pom, perfect for those chilly winter days 🥶Available at the https://t.co/p49vLgoXnq with free Canada-wide shipping!
.
.
.
#TheRex #Jazz #Blues #TheRexToronto #WhereJazzLives #Toronto https://t.co/GJTLLvyN4a
View on Twitter
0
0

The Rex Hotel · 2 weeks ago
@therextoronto
Loving this shot! 📸 ❄️

Posted @withregram • @tamaraferdman Look after yourselves and eachother 💙